SA Banks are sticking to Johannesburg 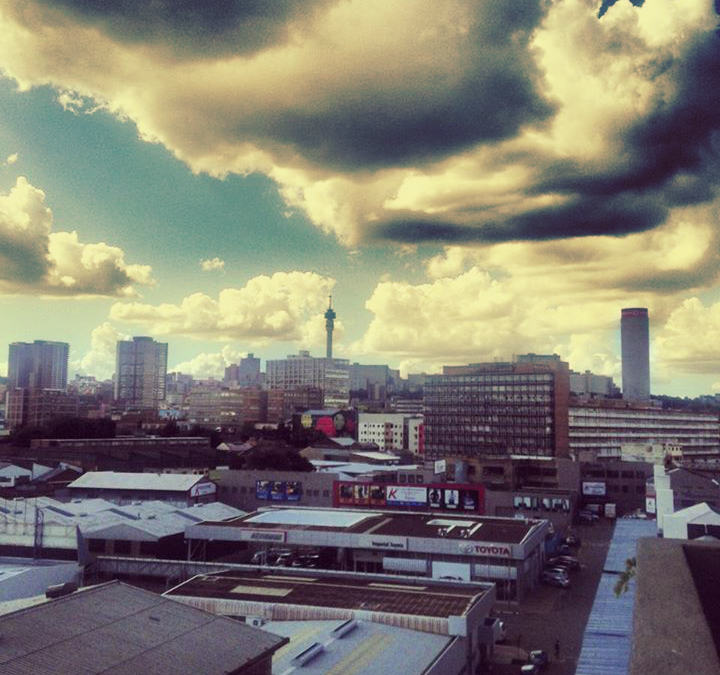 Johannesburg has always had a rich and complex history.  The city has gone through several changes over the past few decades. From the 1990’s rush out of the city to the interesting and vibrant rush back into the city. The 1990’s rush out of the city has caused the city to deteriorate at an exponential rate, this however is changing. Johannesburg is once again becoming a city worthy of noticing and most of all worth of investing in.

The early decline in Johannesburg has created an interesting situation, one where property value has drastically fallen , but are now up for grabs at an affordable price.  This opportunity has opened the market to innovators and their investors.  This is evident in the increase growth and interest in areas such as Braamfontein and the Maboneng Precinct. These areas are a showcase of what can be done to rejuvenate an old fallen neighbourhood.  The best news is that people love it, property values are increasing at a drastic rate compared to the economic difficulties that the rest of South African neighbourhoods are facing.  This increase in interest are of course also influence by the increasing of fuel, taxes and E- tolls.  It is shown that people are moving back to the cities, moving closer to their jobs and starting to engage with their urban environments further.

The City of Johannesburg Inner City Regeneration strategy has shown that total private investments has reached a total of R19 billion up to date since its establishment in 2000.  This is proof that Urbanisation is coming back and also at a rapid pace.

Lost dreams such as the Ponty building has been cleaned up, and fully let by Mafadi, with great strides being made to keep the building clean and save.  All of these innovations is building the trust that was once lost in our golden city, Johannesburg.

This trust can be seen in our four big banks, ABSA, Standard Bank, FNB and soon Nedbank.

Absa bank, being down the road from the Maboneng Precinct has decided to stick with Johannesburg.  In 2007 they embark on a ten year plan to revamp their headquarter (consisting of a eight building complex) with a multi-billion rand investment strategy.  This was done by refurbishing their ABSA towers, boosting staff numbers, building a nearby taxi rank and introducing retail space.

Standard Bank has gone the same route by saying that they too will continue to invest in the city.  FNB as well, they have five buildings at Bank City on Simmonds street.

Nedbank will join Johannesburg soon, they are in the workings of moving to Newtown Junction.  Their 1.2 billion rand investments of office space and retail shops will be done December 2014.

The City of Johannesburg has also gone long strives to ask people to come back and invest in her.  The Urban Development Zone (UDZ) tax incentive makes it appealing for investors.  “The incentive takes the form of a tax allowance covering an accelerated depreciation of investment made in either refurbishment of existing property or the creation of new developments within the inner city, over a period of five, or 17 years,” states the City of Johannesburg (CoJ).  This tax incentive however are only applicable to certain areas within the city.  This will of course be the areas that needs investment money, such as: 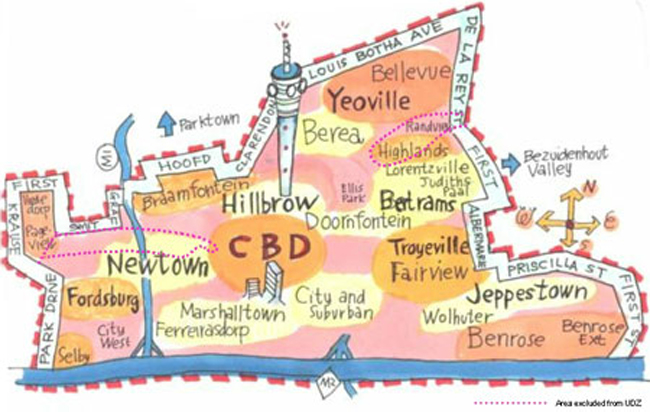 This is but one great opportunity created by the City of Johannesburg for the investor. People within the city are also trying to make a difference. This can be seen by the dramatic efforts done with innovations such as the many City Improvement District (CID) within the city.   “A CID is a defined geographic area within which property owners agree to pay for additional services to enhance the physical and social environment ensuring the sustainability and growth of the area. The base services provided are supplementary to those provided by the local authority and typically include additional public safety and security, pavement cleaning, litter collection, as well as the upliftment and maintenance of public space where necessary.” stated form the Maboneng Precinct.

The city consist out of several CIDs already, such as Rosebank, Braamfontein, Illovo  Boulevard, Sandton Central and a few others.  The Maboneng Precinct is currently in the process of finalising their own.

CID neighbourhoods has shown to work for their residents and their investors.  Property value has shown to increase by an additional 5% annually within them.  They promote safety and a clean environment, with the allowance of creativity and innovations.

By considering all the pros and cons to the city one can not but be amazed at what has been done to improve our great city, considering where she was a few years back.  People of the suburbs are moving back for various reasons, but the one thing all residents say is that they love living in the city, investors say they love her for their great returns.  I say I love her for the dreams she creates, and the hopes she fulfills.